Discover the Meditative World of Separation This Week in PS VR

Hello. I’m a solo indie game developer about to release my first PlayStation game, Separation, an ambient adventure launching this Wednesday on PS VR. I’d like to take this opportunity to reveal the inspiration behind the game, along with some of the challenges I faced developing it.

Firstly, you may be wondering exactly what I mean by ‘ambient adventure.’ I’ve never felt comfortable with the term ‘walking simulator’ and reasoned that an equivalent to the musical genres of ‘ambient’ or ‘downtempo’ also existed in games. Separation’s gameplay is relaxed — exploration based with some puzzle elements, and no time pressure. Atmosphere and ambience are emphasized, details kept deliberately sparse. My mood board was heavy on Fumito Ueda’s PS2 classic Ico and the 19th-century German Romantic landscape painter, Caspar David Friedrich (whose works often evoke a sense of epic desolation). I wanted to bring that feeling to VR, so I could lose myself in it. I had personal reasons for doing so. 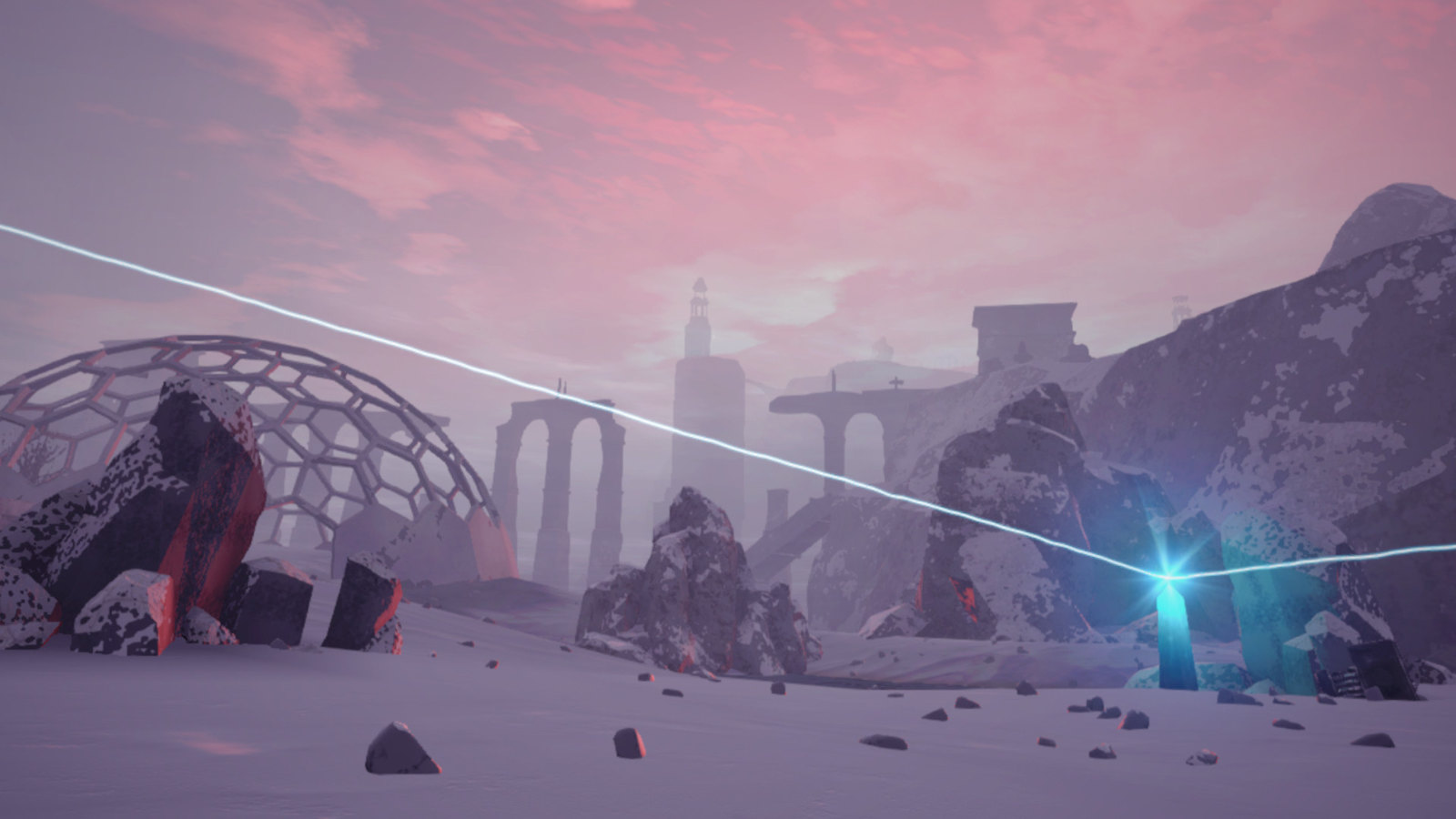 Since losing my father in 2010 I have struggled with episodes of depression. I wanted to create a space where I could explore the feelings of emptiness and loss, perhaps finding some meaning in reflection. Hopefully, other people will be able to relate to that too. There is very little narrative – it’s a symbolic journey and you are free to make up your own conclusions about the experience. I feel VR is particularly suited to this end. The immersion reinforces the player’s experience of isolation, providing an experience of solitude that is increasingly rare in today’s hyper-connected world. 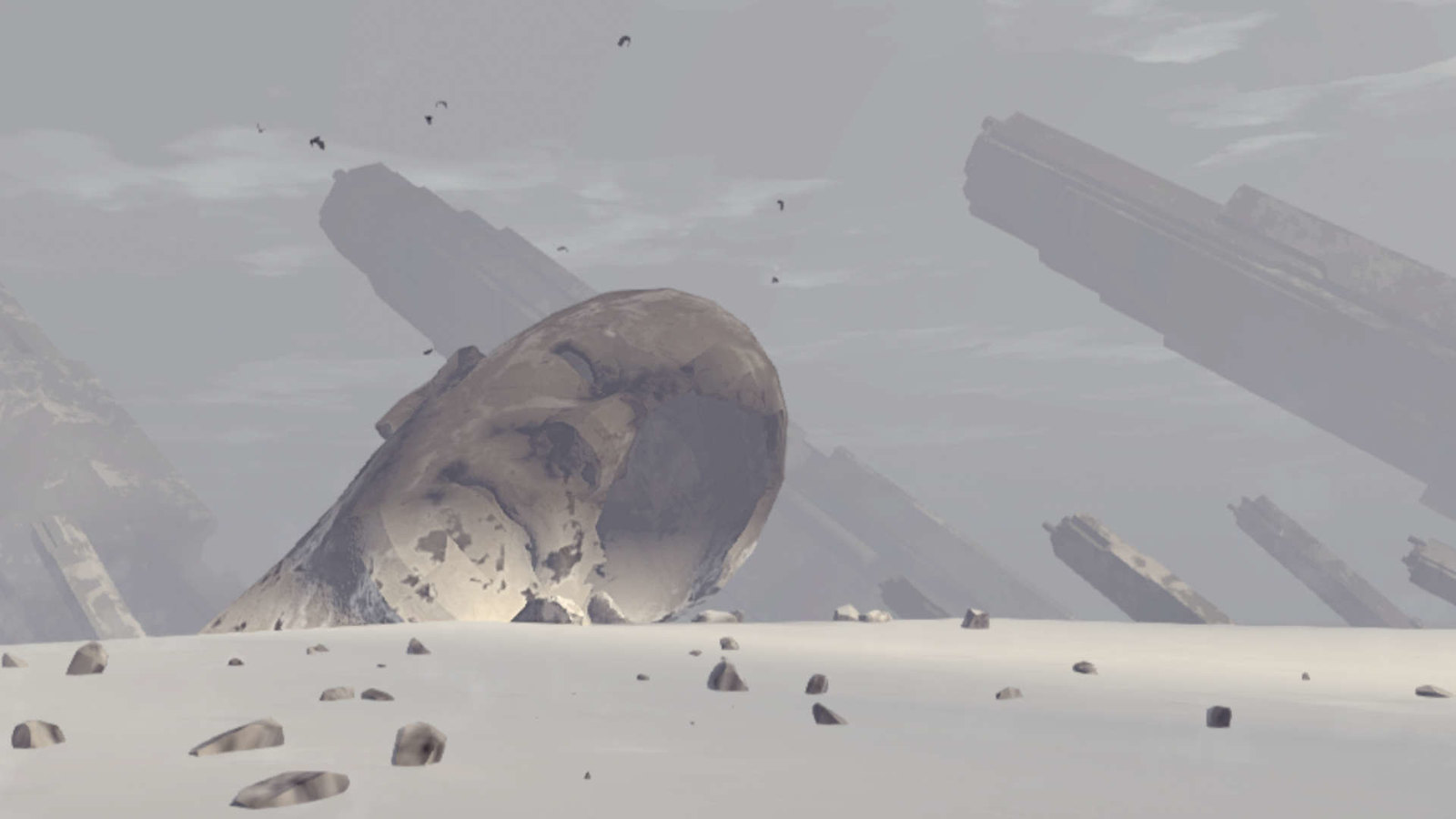 Of course, game development is seldom straightforward. I had never made a game in VR before and my limited resources meant I would spend long months struggling with technical issues beyond my expertise, trying to solve problems that normally require a team to effectively navigate. The journey took me well beyond my comfort zone, but I persevered, even as the game went twice, three times over its development schedule. I had a lot to learn and spent much of the time simply trying to achieve a stable framerate and shaders that rendered without issue in VR. 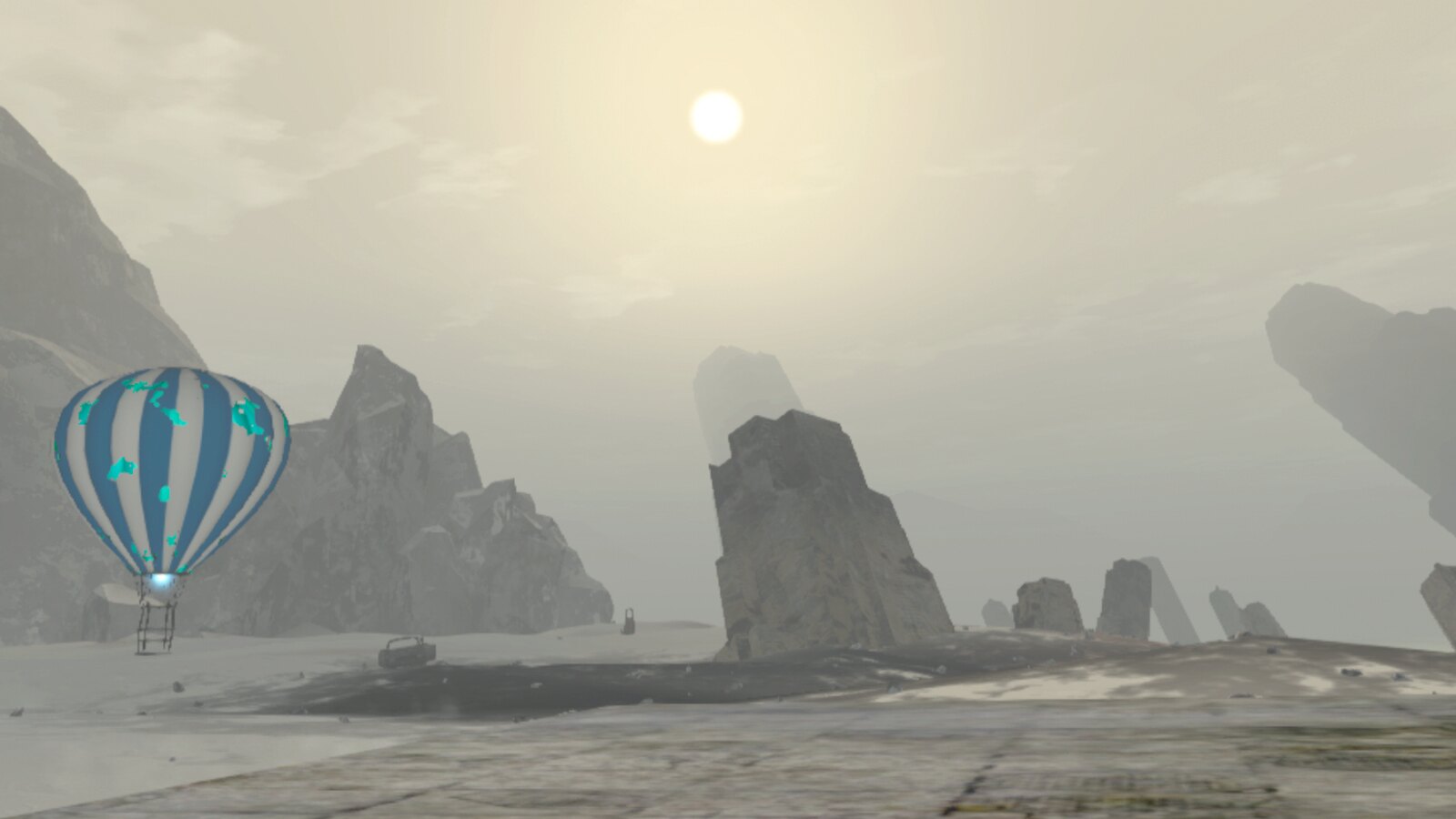 When funds ran out, I took on part time jobs to pay the rent. I composed and recorded the soundtrack at night, headphones on, sitting at the kitchen table after my family had gone to bed. “You will get there in the end,” gamedev friends told me at the local meetup in York, but it was hard not to feel that life was passing me by during the four long years of solo work on the game. 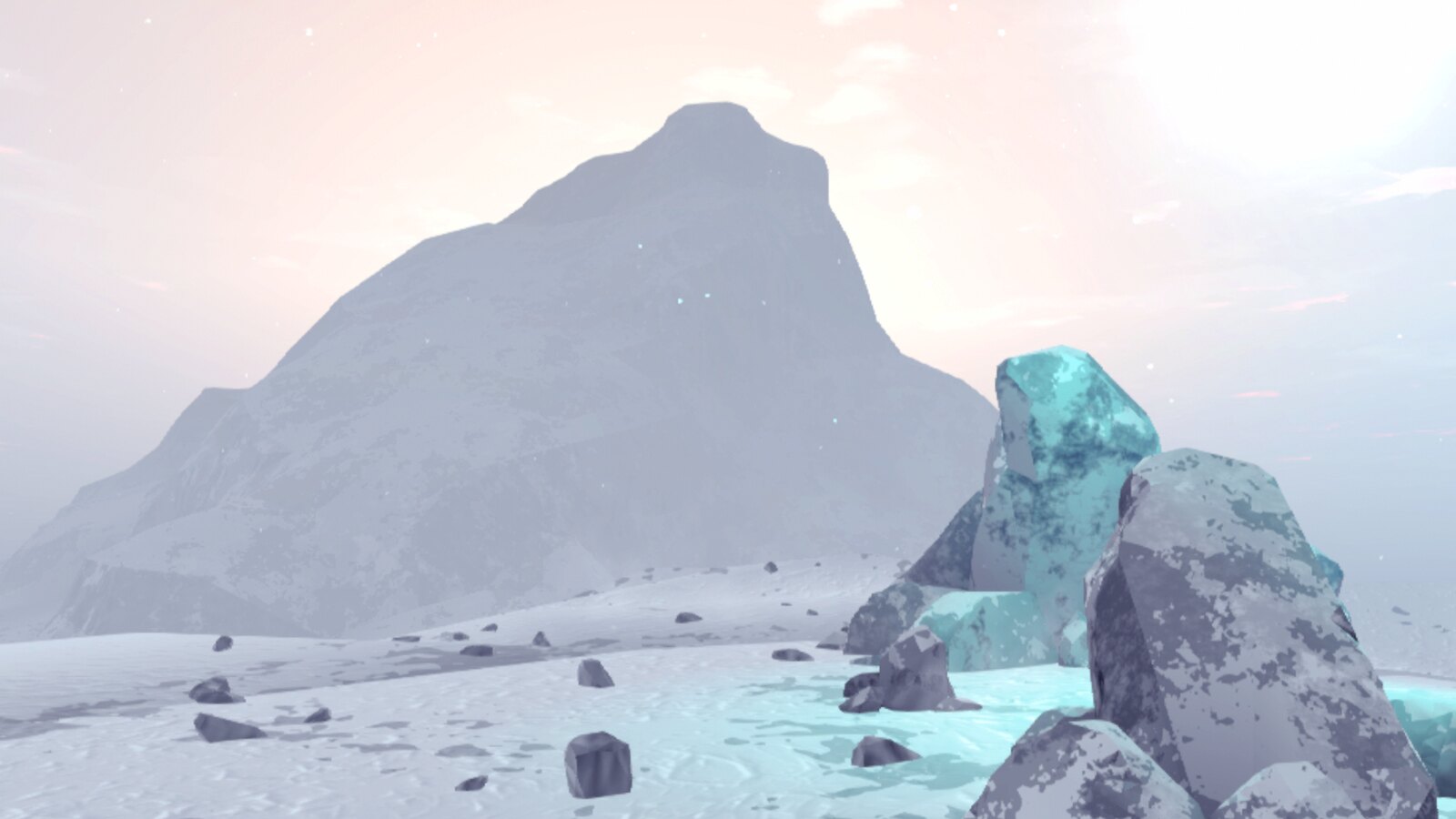 It’s hard to take a break or go through illness when there’s nobody else to carry things forward in your absence. Despite many setbacks, I did make progress and as the game neared completion and I wandered the desolate landscapes of my imagination, I began to feel a sense of peace and acceptance in the virtual world I had made solid. 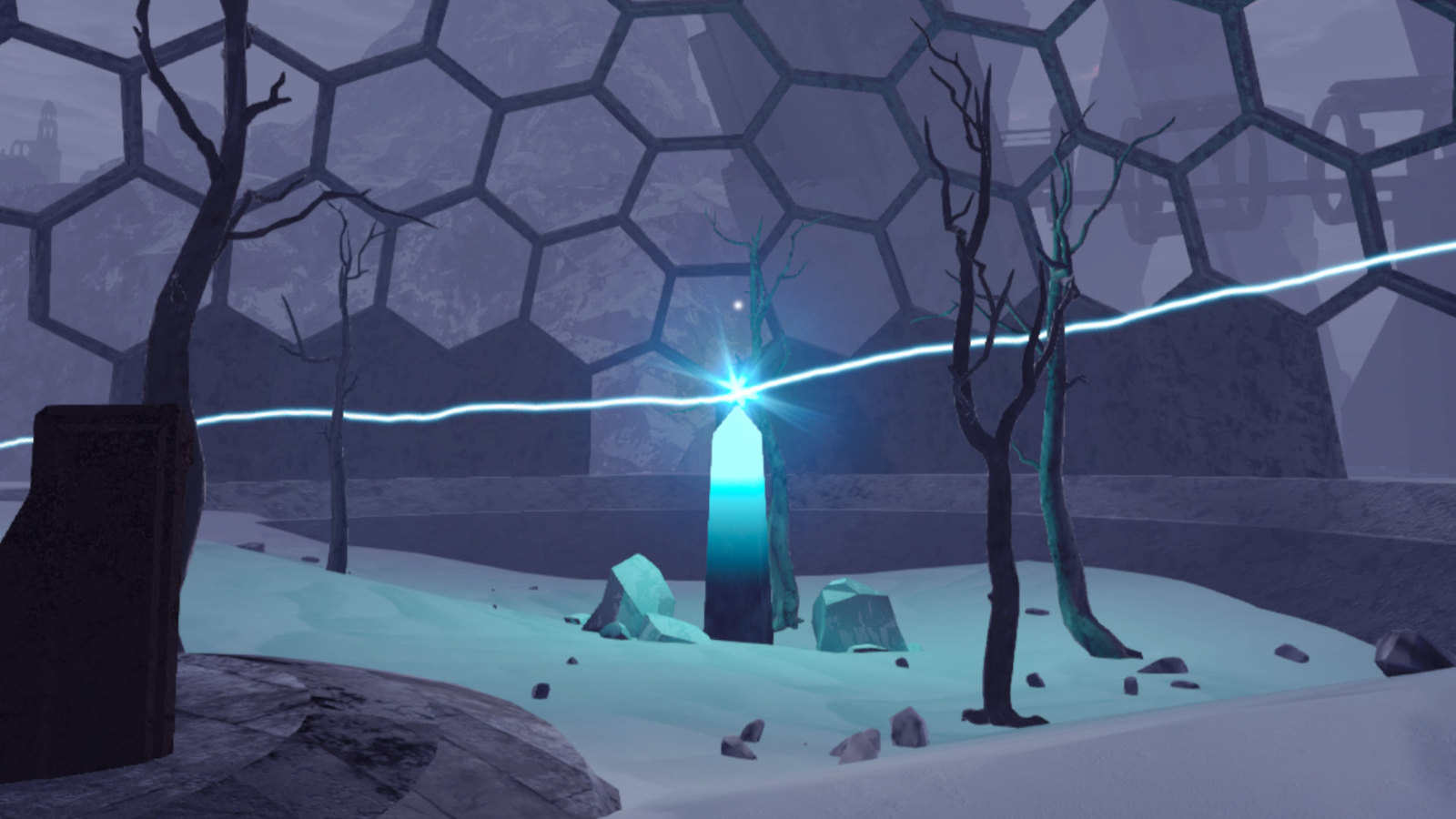 So, where does this lead? I hope players will find something worth exploring, even if it’s just to watch the virtual sun setting behind those desolate rocks, the light fading on the water to an ambient soundtrack. I’ve learned much, and hopefully if the game is well received, I’ll get the chance to continue building upon it, perhaps with a small team. I hope at the end of it all, somebody will discover their own special place in Separation.