Games Tricks PC Games Editors’ Choice: The Outer Worlds’ Sci-Fi Humor is Out of This Galaxy

Editors’ Choice: The Outer Worlds’ Sci-Fi Humor is Out of This Galaxy

Stepping foot into The Outer Worlds, I was ready to tread some familiar RPG ground. A newcomer ventures forth into an unexplored world, only to meet companions, treasure, and danger at every turn. After Fallout: New Vegas and Pillars of Eternity, I thought I had Obsidian all figured out. That is, until I traipsed into the canning town of Edgewater and experienced the deranged locals and their capitalist nightmare society firsthand. The Outer Worlds scratches a delightfully familiar itch for RPG adventure lovers, but truly knocks it out of this galaxy with its morbidly hilarious sci-fi world-building. 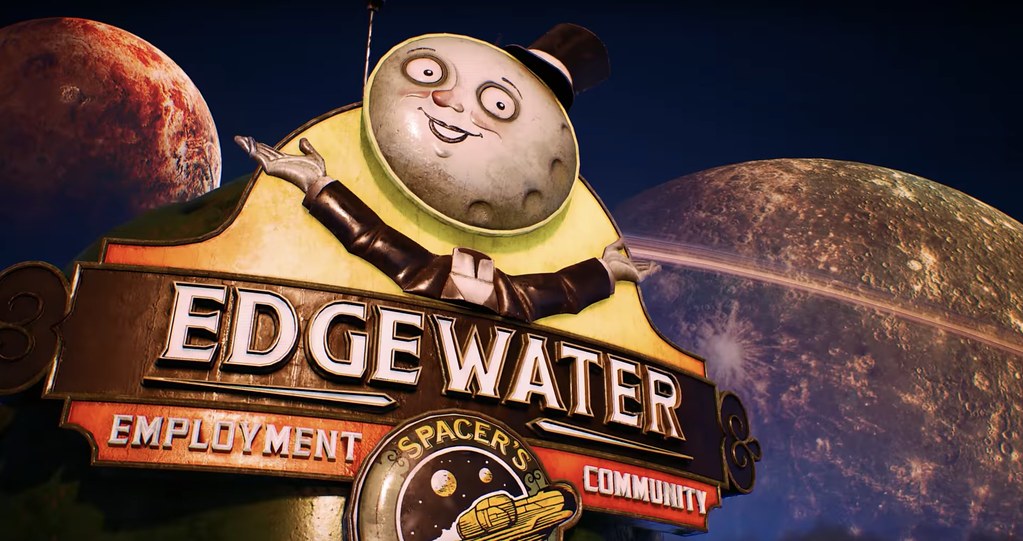 Unfrozen from 70 years of cryosleep on a lost ship, I dropped headfirst into a colony system founded on good ol’ fashioned capitalism. From the moment I stepped foot on Terra 2, townsfolk couldn’t wait to pitch me on how wonderful life is, how they can’t get enough of Spacer’s Choice saltuna, and how working is what gives their lives great meaning. That’s all well and good, if it weren’t coming out of the mouths of sickly malnourished factory workers who will gladly inform you suicide is a crime (for stealing from the workforce, of course!). Every planet and community I encountered was passionate about a different facet of this philosophy, sometimes rationally but often to the point of idiocy. But their conviction completely sells it, making every character incredibly authentic despite the absurdity of their beliefs. 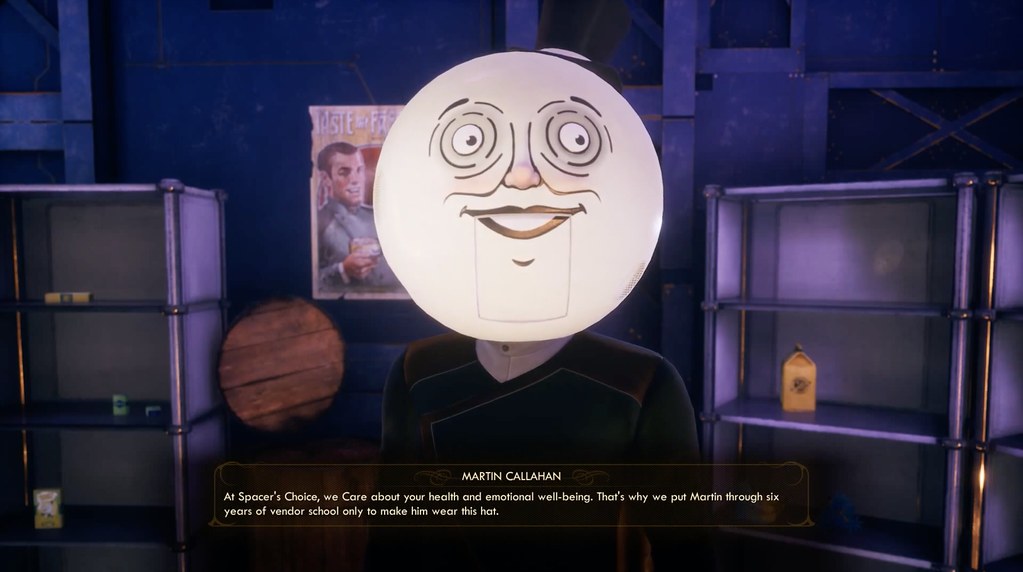 And boy are some of them absurd. A distress signal might lead to a scientific community where extreme lengths are being taken to retrieve all-important research for…toothpaste. I held an entire conversation with a Spacer’s Choice salesmen wearing their moon-faced logo as a mask who will only respond with corporate approved slogans with increasing distress (TASTE THE FREEDOM!). More than one settlement involves run-ins with folks secretly hoarding freakishly large vermin-like sprats. Even NPCs are worth eavesdropping on for the laughs, as player actions shift the balance across the colony. I delighted in the option to match the absurdity by docking my character’s Intelligence points, unlocking the endlessly entertaining Dumb dialogue options and opening up a whole new can of chuckles. 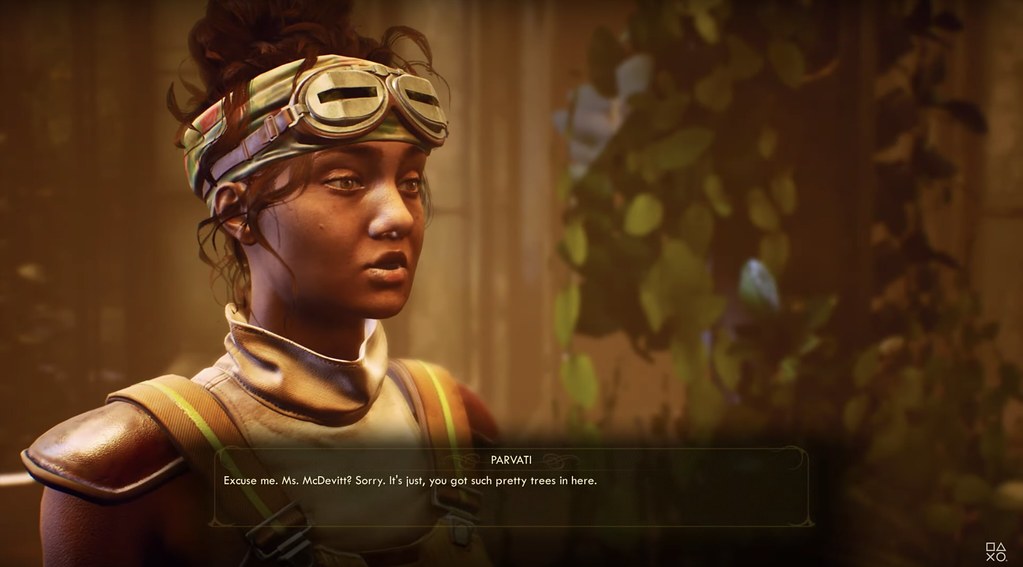 The Outer Worlds’ companions provide sharp commentary about this world on the brink. Each unlocked a new perspective on the madness unfolding around our adventures, to the point that I’d agonize over which two to recruit. Do I mix Parvati’s earnest and thoughtful consideration with Felix’s daydreaming idealism? Let Vicar Max and Ellie go toe-to-toe on philosophy? Companions’ attitudes towards Halcyon’s decaying society bring added insight to every quest, often reacting to my choices throughout the campaign. Nothing had me in stitches more than the interactions between in-ship A.I. ADA and janitor robot companion S.A.M. Ultimately, the companions’ humor in the face of Halcyon’s bleak reality elevates the entire Outer Worlds experience, and justifies multiple playthroughs.

The irony of being cogs in a soul-crushing machine is that at its center is a lush, flourishing landscape. Halcyon’s planets are beautiful, filled with plants and terrain that are a feast for the eyes. The dangerous creatures stalking around each environment are exceptionally realized, down to down to specific and detailed anatomical drawings shown during load screens. I reveled in the chance to root out a Primal nest or confront vicious Mantiqueens on Monarch. Every location has personality, from the ramshackled Iconoclast settlement to the glittering upper class city of Byzantium. Halcyon’s open world is varied but not so expansive that it feels exhausting, allowing me to explore every corner of the colony to my heart’s content. 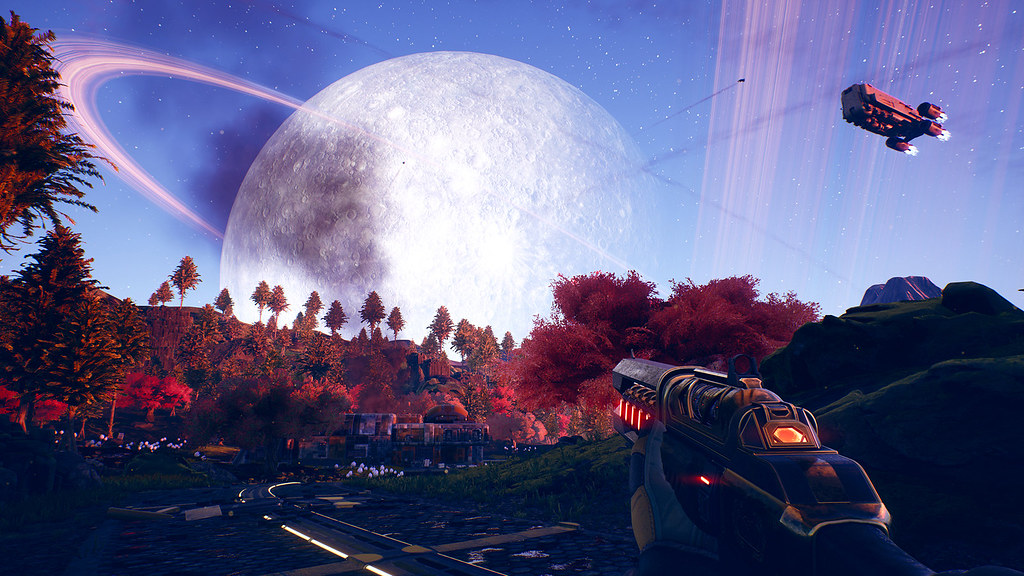 The Outer Worlds blasts into the stratosphere of topnotch RPG adventures and solidified itself as a favorite with its inventive and quirky worldbuilding, intergalactic capitalism hijinks, and hilarious dialogue. Obsidian has built a bonkers world that’s just begging to be played in again and again.